Beauty in the Scar: Unraveling My Struggle with Dyslexia as an Adult

It wasn’t long after I started working at Reading Horizons as an educator that we launched a Facebook community page that I managed to help teachers using our program. We needed to name our group, so we put out a survey to the members asking for suggestions. I was to meet with the president of the company and our marketing director to discuss the entries and select a name. My passion spilled over in our meeting as I expressed to them what our community means to our company and how our teachers are not only the bedrock of our success, but they also hold the keys to our nation’s future. I shared stories of my own triumphs within my classrooms and previous school communities. As our ideas excitedly unfolded, I took notes on our shared Google Doc. Amidst all this passion and energy, it was here too, where I was drowning in self-doubt and social anxiety for not feeling smart enough, as I am a terribly weak speller. I wondered, How long until they notice how unskilled I am? Maybe they’ll think these are just typos and not that I have no idea how to spell words like believe and definitely (or is it defiantly?!). I am such an imposter; how can I be a READING SPECIALIST working for a company that sells one thing—READING CURRICULUM—and not know how to spell?!

The name Reading Horizons Teachers League immediately became a top contender for our budding group. And as soon as I could feel its popularity rising in our conversation, I started sinking, as I knew league was a word I struggled with; the red squiggly line had flagged me down the handful of times I tried to spell it on the meeting agenda I’d created, and now I had to keep adding it to the meeting notes projected on the monitor at the head of the table. The word league, like countless others I used in my daily spelling, felt like a bookended word. I knew how to start and finish the word, but what was in the middle seemed to jumble up, and I struggled to make sense of and remember the order in which the letters went…so league was often “leauge” or “legue.” I powered through the meeting feeling my personality split. One side of me was excited and confident in the work I was challenged to do as a leader of our community; the other half of me wanted to crawl under a rock with embarrassment for continually misspelling words that likely appear on fourth-grade spelling tests.

Of course, the name Reading Horizons Teachers League was chosen, and I was pleased. I knew I would eventually be able to write the word with ease—it would just take me awhile. In actuality, it was about a month, if not longer, of constantly writing it (sometimes I’d get it right, and other times I’d be summoned by the red squiggle to study it and correct it yet again). Thankfully, there were only two times I’m aware of where it made its way to the world wide web misspelled, as I was posting to what had grown to be an incredibly fun and supportive community page (now with over 2,000 educators!). 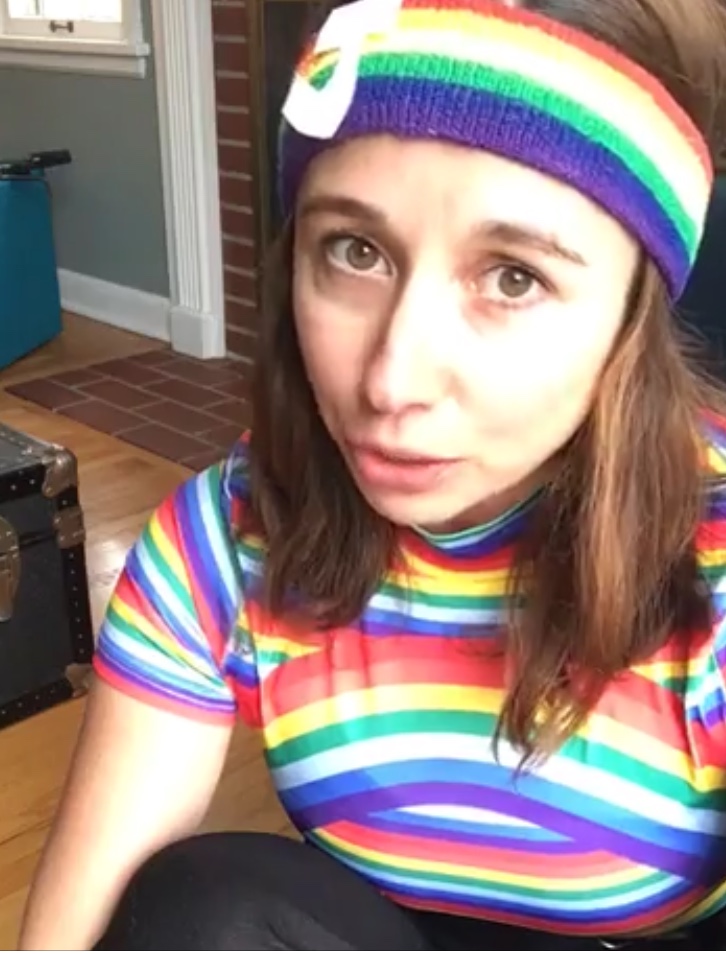 The story doesn’t end here, though. (This piece isn’t titled “The Time Jillian Kaster Learned How to Spell the Word League,” is it?!) As you can imagine, league was not the only word I struggled with. In fact, other areas I grappled with, such as constantly feeling like I was searching for a word on the tip of my tongue, continually having to reread for meaning, having difficulty pronouncing uncommon multisyllabic words, and taking what felt like forever to write content for our company website seemed to have an internal light shown on it as I continued to work with Reading Horizons.

Yet, the story didn’t start here either. I have had a long history of struggling with reading and school, something I buried so deep inside me I hid it like an ugly scar. It was through my work at Reading Horizons that I started to unravel. First, it was reading Overcoming Dyslexia by Sally Shaywitz, a book I felt like was written for me and about me. I remember discussing the book with a colleague and telling her how much I loved it, and she responded with, “Really? I thought it was a bore!” In hindsight, it makes sense. She didn’t relate to the book like I did. For me, Shaywitz’ work unlocked the life I had tried so hard to seal up. The book described my most intimate struggles and thinking patterns—some of which I did not want to even admit to myself.

Then, reading The Dyslexic Advantage by Brock and Fernette Eide made me not afraid. Again, people were taking my most well-hidden experiences from my cellar and flashing them around in words and stories that glistened like gold in the light. While reading The Dyslexic Advantage, something in me changed. Reading well-regarded and successful people share their rawest struggles along with their creative strengths helped me realize there was beauty in my scar. 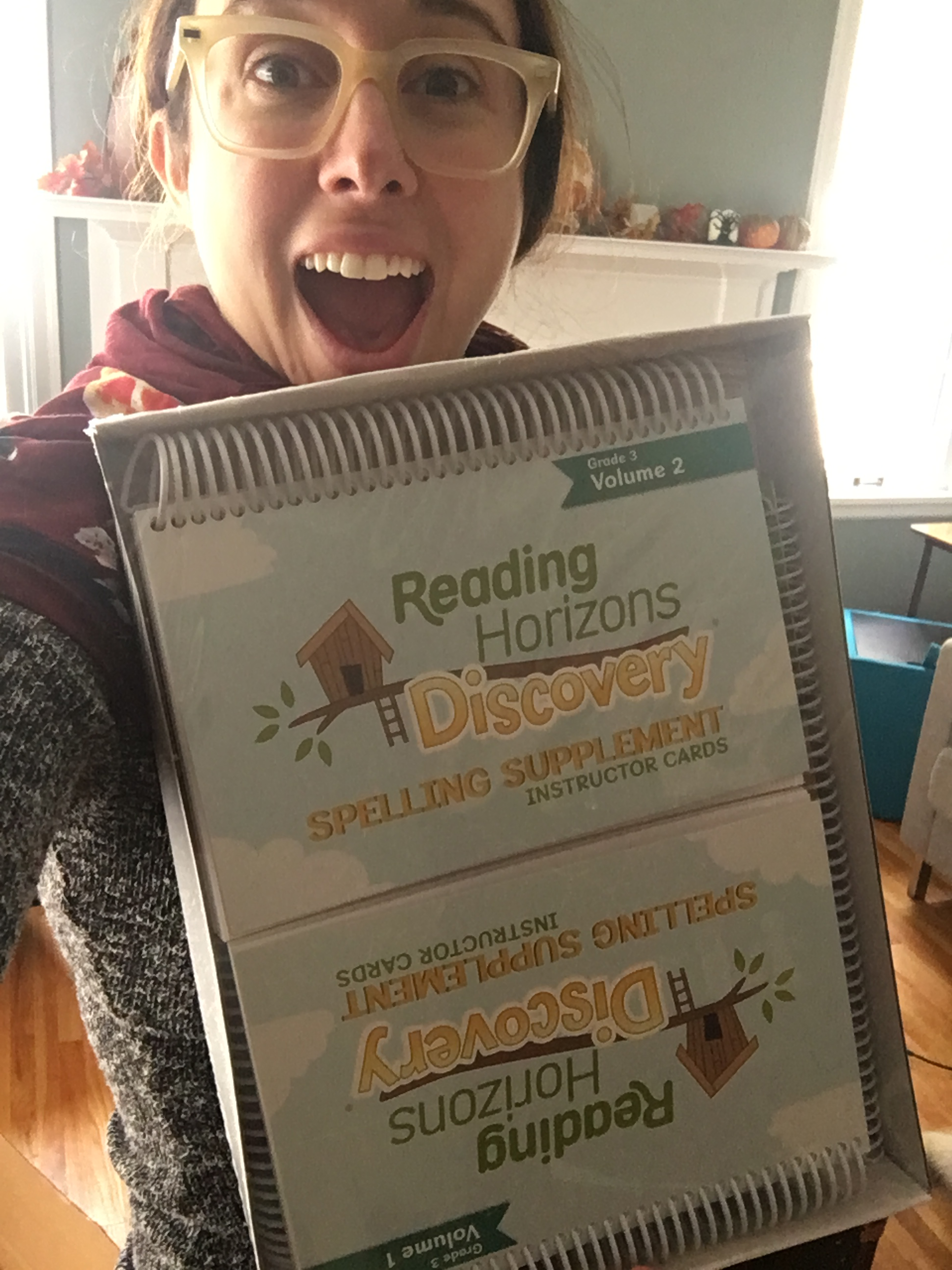 At the end of 2018, I finally did something I had put on the back burner since the beginning of my adulthood. I took the first steps out into the light and made an appointment with a psychologist to test for dyslexia. For all those years, I had avoided a formal evaluation because I was scared of what they might find. What if my anxieties were true? What if they found out that I was just simply dumb? DUMB, the word shook me to my core. How could I hide from myself knowing that I was dumb?

At thirty-four years old, I showed up to my appointment finally ready to face my fears and lay it all out. The interview and assessments were exhausting but in a good way, like after having a good old-fashioned ugly cry over how complexly beautiful yet painful life can be. Although I felt lighter leaving my appointment, I had to process everything. I waited over a month before I scheduled the follow-up appointment.

When I entered the psychologist’s office to get my results, it was only a matter a minutes before the doctor confirmed I had dyslexia. He ripped that bandaid off so quickly I didn’t have time to blink. And just like that, I realized how sick and tired I was of being afraid of being found out that I struggled, sick of trying to hide from myself.

I share my story because there are too many children starting to dig their own cellars to bury the shame that accompanies being a struggling learner. Students who cover their scars with acting out, taking on a persona, perfectionism, addiction, and isolation. I need them to know they are not alone. I need their parents and teachers to hear me when I advocate for these students. I need them to see me here in the light, shining like gold, unraveled.