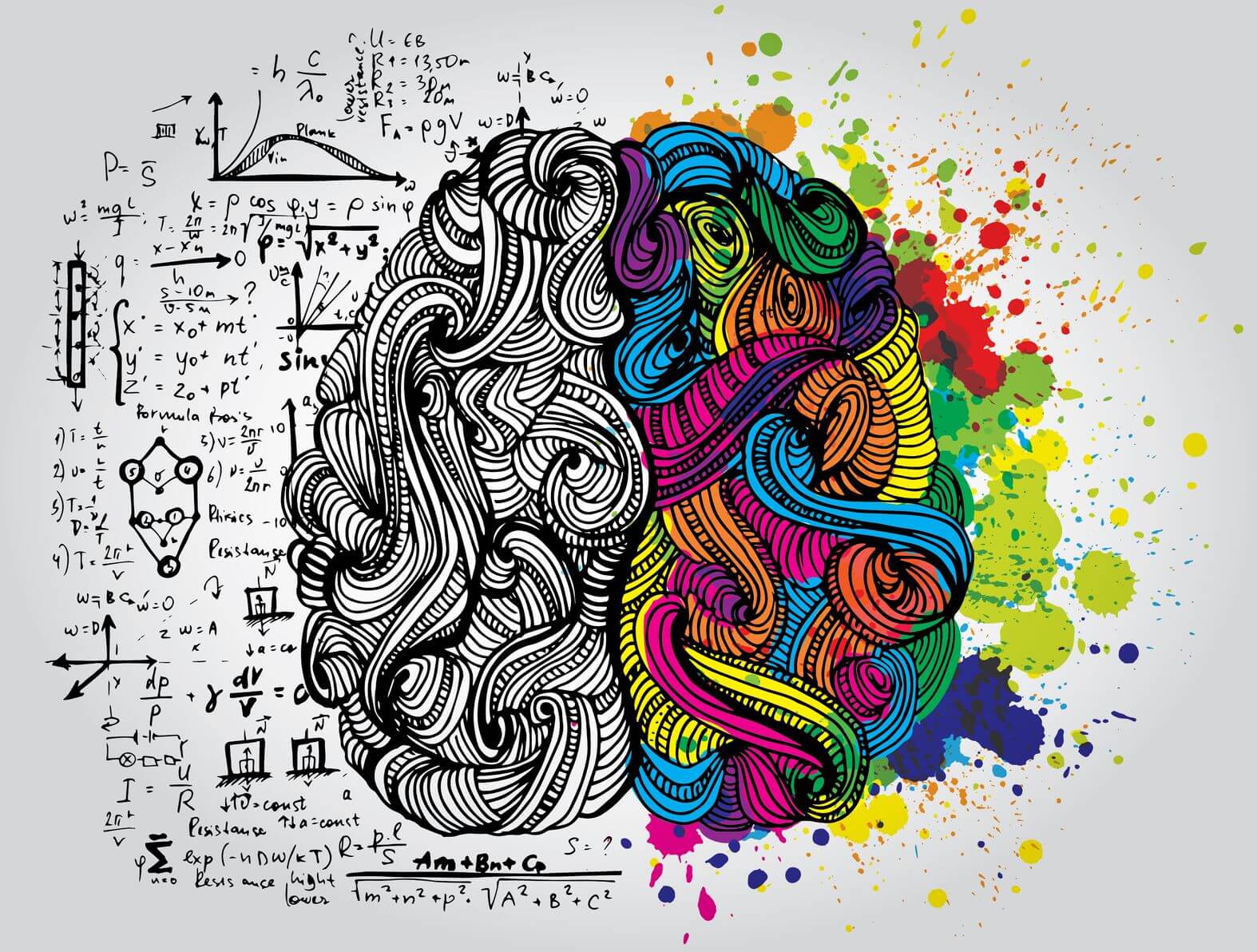 The word dyslexia is derived from the Greek words “” (meaning poor or inadequate) and “lexis” (meaning words or language). This implies an inadequacy only in language tasks.

The first description of dyslexia appeared in 1896 in a piece by Dr. W. Pringle Morgan in Sussex, England: “Percy F., … aged 14, … has always been a bright and intelligent boy, quick at games, and in no way inferior to others of his age. His great difficulty has been—and is now—his inability to learn to read.”

Dyslexia is a specific learning disability that is neurological in origin. It is characterized by difficulties in the use and processing of linguistic and symbolic codes, alphabetic representations of speech sounds, word recognition, and spelling and decoding. These difficulties typically result from a specific weakness in the module of the brain where the sounds of language are put together to form words and where words are broken down into sounds.

Dr. Glenda Thorne stated, “Dyslexia is not a deficit in the visual processing system; however, it is a language processing problem.”

Dyslexia often results in a gifted and productive mind that simply learns and functions differently than those without dyslexia.

Dyslexia is related to low intelligence

Around 80% of the population believes that dyslexia is associated with low intelligence. This is not true. Dyslexia occurs in people of all intellectual levels.

Here are a few simple tweaks that teachers can apply in the classroom to help students with dyslexia show their true intelligence:

There is no cure for dyslexia, it doesn’t go away with age or treatment. However, there are instructional techniques and compensation strategies that can be used by those with dyslexia to improve their reading and processing skills.

Research has proven that students with dyslexia can learn to read when taught with a reading curriculum that is:

Despite popular belief, dyslexia does not make you see letters .

“Given the high prevalence of reading difficulties, it is more likely for your child to have a reading problem than almost any other physical problem for which he is being checked.” – Overcoming Dyslexia by Sally Shaywitz, M.D. 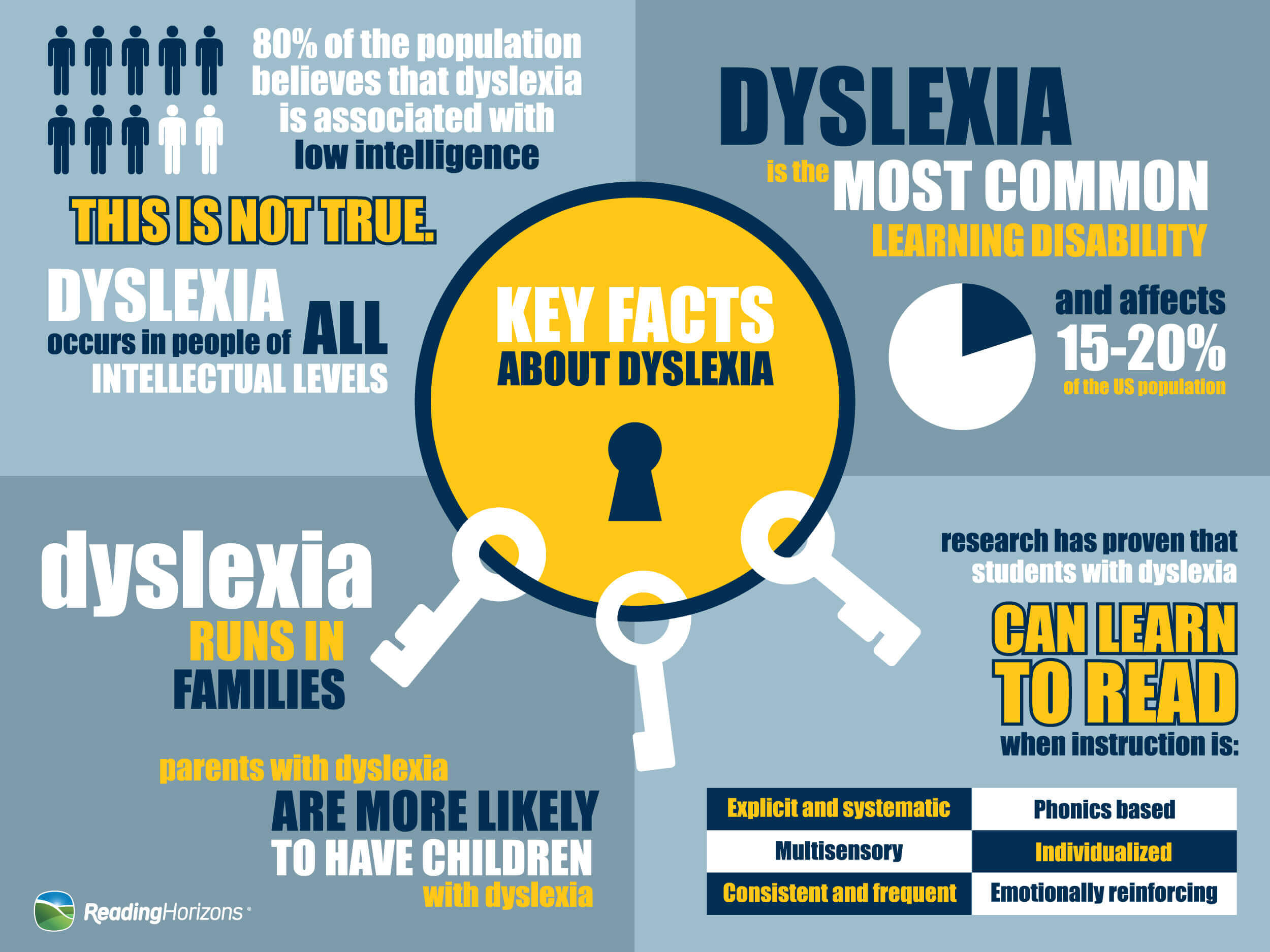 The following is a list of common symptoms of dyslexia:

Attributes that are often prevalent in individuals with dyslexia:

Learn how you can help students with dyslexia improve their reading skills with Reading Horizons elementary reading curriculum and reading intervention program.

I have been researching Dyslexia since September 2015 when I first suspected my daughter (& husband) were dyslexic. It is now January 2017 and this is, by far, one of the most informative, concise, & well-written articles I have come across so far. Thanks! Le't work on getting this out there - so that this "hidden" condition can finally get the attention it deserves!

I did not know that I suffered with dyslexia until 20 years ago, when I was 50.

We were travelling on MLK Day, I came to a glass door and PULLED the door handle. The door did not budge. I pulled harder - my wife began laughing.

I looked at the door and read the sign again P-U-L-L- I pulled with all my might.

Tears were rolling down my wife's face.


Eventually she managed to stumble out - "Try pushing.." then, once again she dissolved into laughter.

I "Pushed" and the door immediately opened.


I stood - dumbfounded - staring at the sign and wondering why it did not read PUSH - eventually I pointed at; and read the letters from left to right L-L-U-P.


I was reading the letters THROUGH the glass. 'Normal' people (like my wife) could not read the 'mirror writing - but my dyslexia had automatically inverted the characters so I could read them! THIS WAS A BIG DEAL!

When we got home I held a book to a mirror and read aloud - a feat that I found almost impossible. I could read - using a mirror. I could also read if the book was upside-down.

Dyslexia is a strange bedfellow - on one hand it can destroy your (school) life - but then you realize that it helped you become one of the top in science, math, music, recognizing voices and solving puzzles. It also explained why I was the go-to guy when other engineers had problems.
Lateral thinking and being able to process thoughts as 'images' means you can solve complex problems 20 times fasted that 'normal' people.

My only problem was that knowing this too late to make the most from my career.

Not knowing - meant I could not prepare myself. So dyslexia had affected my school grades and had a huge negative impact on my career and social life.

It may my life as an international engineering consultant unimaginably hard - giving presentations had been a nightmare and I had to memorize my scripts before every presentation....

When my wife eventually stopped laughing, she told me to write a book to help others suffering with dyslexia; and show them how to BENEFIT from their dyslexia.h - I did - that's why I wrote the following short book;  to help fellow sufferers learn the positive benefits dyslexia offers, and how to RECOGNIZE and develop each benefit.

Things like creativity; problem solving ability. Things that cannot be taught – but which can bring a tremendous benefit.