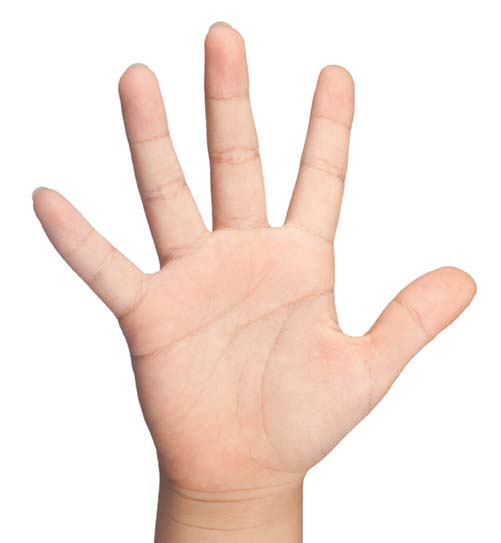 When children are young, they often rely solely on phonetics to read and spell. Phonetics is the study of speech sounds. When novice writers spell phonetically, they “sound out” the word they want to write and record one letter for each sound they hear. As a kindergarten teacher, I’d often see “bik” for bike or “bot” for boat. The same concept applies to reading. At the beginning of the year, when my students would try to sound out an unknown word, they would give each letter a sound like “/h-/ō/-/p/-/e/, hopé.” Or they might read the word “tub” like “/t/-/ū/-/b/, tube.” Reading and spelling phonetically is a developmentally important milestone because it helps the students strengthen their phonemic awareness skills and understand that letters represent sounds. Yet, we as educators must be able to move our students past this developmental stage and into phonics so they can master the patterns of the English language. This will enable them to write and read accurately and fluently and free up their cognitive space to focus on comprehension and context.

There is good news! Did you know there are rules that govern whether a vowel will be pronounced short or long? It doesn't have to be guesswork for your students.

Memorizing and using these five skills is an indispensable tool and reading strategy used in explicit phonics instruction to decode, pronounce, and spell one-syllable words.

Here are the Five Phonetic Skills:

That's really useful.
I would only suggest some examples to go along with the phonetic skills

Examples please. I understand all others excepting #3. So for others who may need examples
#1 is words like bag, bin, net, nun, not.
#2 are words like talk, felt, wilt, bull, miss.
#4 are words like came, note, Pete,wine, and
#5 are words like each, plea, receive, pay. .

Rule #3- I, A, and Me (consonant, vowel) Vowel is long in Me because we only pay attention to the consonants after the vowel not before.

Sherlyn, #3 is when you have a word that has an open syllable at the end, which means there is no consonant guardian, the vowel says its name. Examples are: go, no, so. Exceptions: do, to.

Thanks for your input! We updated this post and added examples to each skill.

I love having conversations surrounding this topic! Below are my thoughts on the five rules proposed in this post:

Rule 3 is referring to open syllables as someone else stated above. However, it may be confusing to some with the way it is worded by saying "when a vowel stands alone." When I hear this, my mind thinks of words like "a" or "I" which stand true to the rule but are not the only examples. So, it may be easier to understand if worded as one vowel letter, followed by no consonants. Just a thought. :)

Rule 5 is not true the majority of the time. If you look at the first 2,000 common words this rule is only true 35% of the time. It is better to teach the sounds for each vowel team and diphthong rather than relying on the saying "when two vowels go walking, the first one does the talking" which is ultimately what rule 5 is referring to.

Hi, Alisha!
I am so glad you shared your thoughts! I also love talking about phonics and SOR. I’m so glad I am in good company! I tried to address each of your concerns below.

In Phonetic Skill 1 words, there is only one consonant after the vowel. We teach students to double the final consonant before adding the suffix. For example, we double the p at the end of hop to form words like hopped and hopping.

In Phonetic Skill 2 words, there are already two consonants after the vowel, so students don’t have to change anything before adding a suffix. A word like jump easily becomes jumper or jumping.

I really believe that this is a powerful way of breaking things down explicitly and sequentially. I was only diagnosed with dyslexia a couple of years ago. Despite all my education and the years I spent in the classroom, I can say for certain I didn’t really understand the rules of adding suffixes until sitting in a Reading Horizons training. I literally thought people just memorized which words needed to have the final consonant doubled. I never made the connection that the two consonants between the vowels kept the first vowel short. I could distinguish between hopped and hoped in context but when it came time to spell those words or if you asked me to read them in isolation, I had to guess. Now, as a tutor for kids with learning disabilities, I can see firsthand the power of splitting closed syllables into Phonetic Skill 1 and Phonetic Skill 2.

Phonetic Skill 5
Reading Horizons explicitly teaches which phonograms follow Phonetic Skill 5 (ai, ay, ea, ee, oa, oe, ui, ue, and ie) and where those vowel teams appear in words. For example, when students are learning Phonetic Skill 5, they learn to use the oa spelling for long o at the beginning and in the middle of words (oak, float) and the oe spelling at the end of words (toe, Joe).

This doesn't mean we don’t teach vowel diphthongs; we must! Instead, we provide explicit instruction in Phonetic Skill 5 and give students opportunities to orthographically map those patterns. Once they have mastered those vowel teams we can move them into vowel diphthongs.

Governing and categorizing the 5 Phonetic Skills around what makes the vowel long or short in a single syllable word is powerful and makes learning easy to digest and boosts confidence. Once students master a phonetic skill they can easily see how to add suffixes. From there we can move into the diphthongs. We keep them separate from the 5 Phonetic Skills since they produce sounds that are neither long nor short, i.e. oi as in boil, oo as in zoo.

I realize this is a super lengthy reply, possibly even longer than the original blog post, LOL, but as I said I love these conversations. Please let me know your thoughts, Alisha!