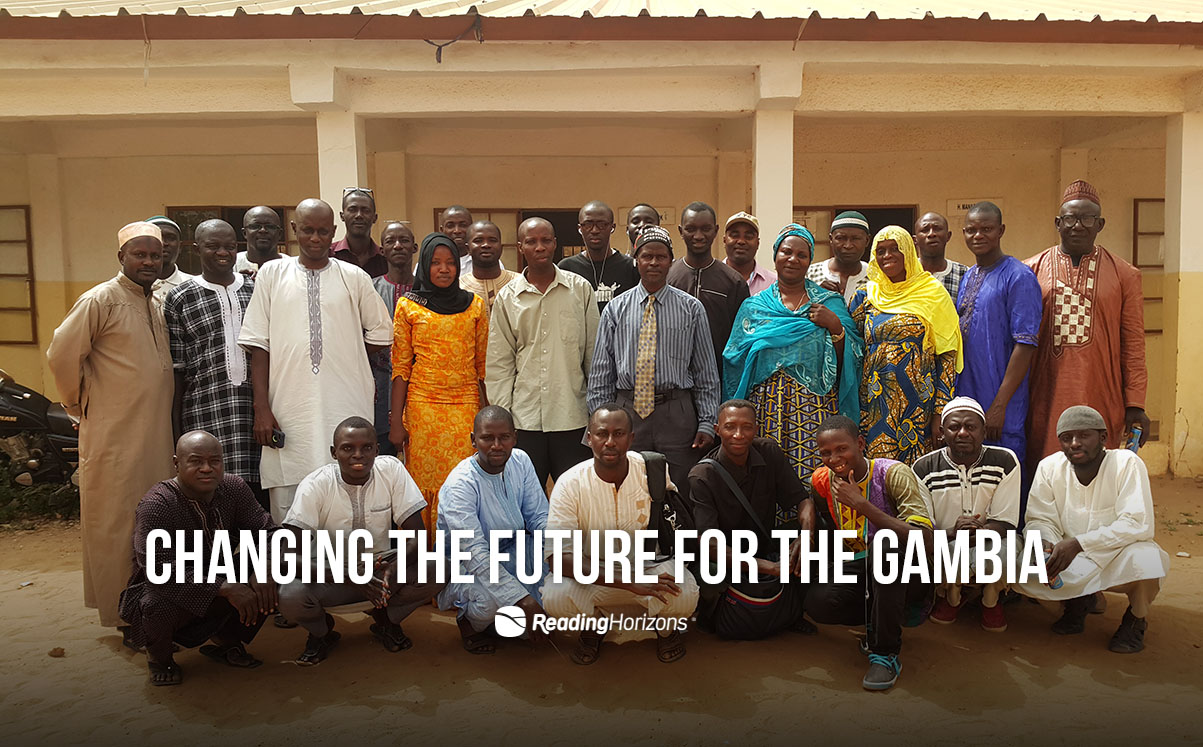 I recently returned from two weeks in The Gambia, a small developing country in West Africa. I was part of a team of educators from the United States sent to implement a pilot program, funded by the World Bank. Our mission was to work with Gambian educators who are responsible for training and coaching local teachers in grades 1-6. The pilot is designed to support educational initiatives in math and English, as well as to improve instructional strategies and student engagement. 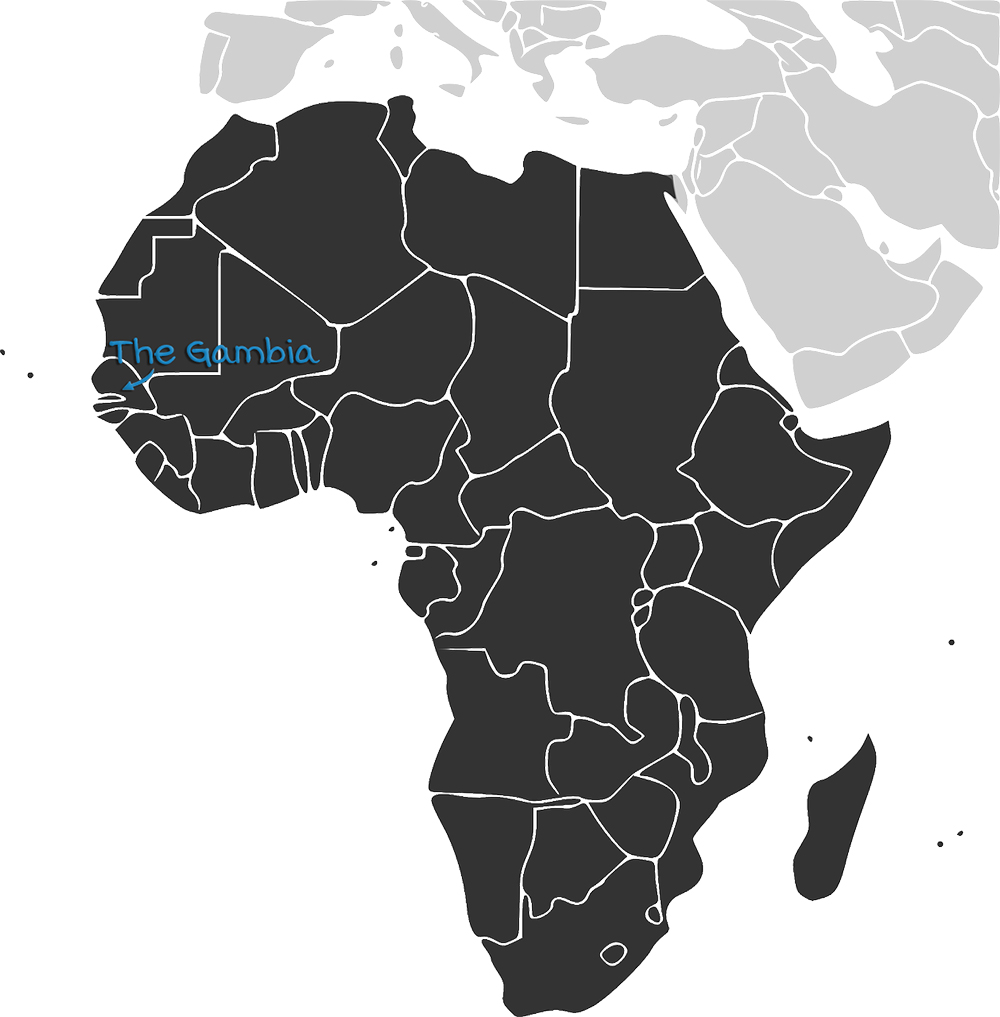 The Gambia, with a total population of fewer than two million people, is the sixth-smallest country in Africa and is surrounded almost entirely by Senegal. The country recently ousted a dictator and democratically elected a new president, and its citizens are working hard to improve their educational system. Although English is the official language of The Gambia, almost everyone speaks multiple tribal languages. Unfortunately, these languages are primarily oral, and children do not grow up being surrounded by words in print. 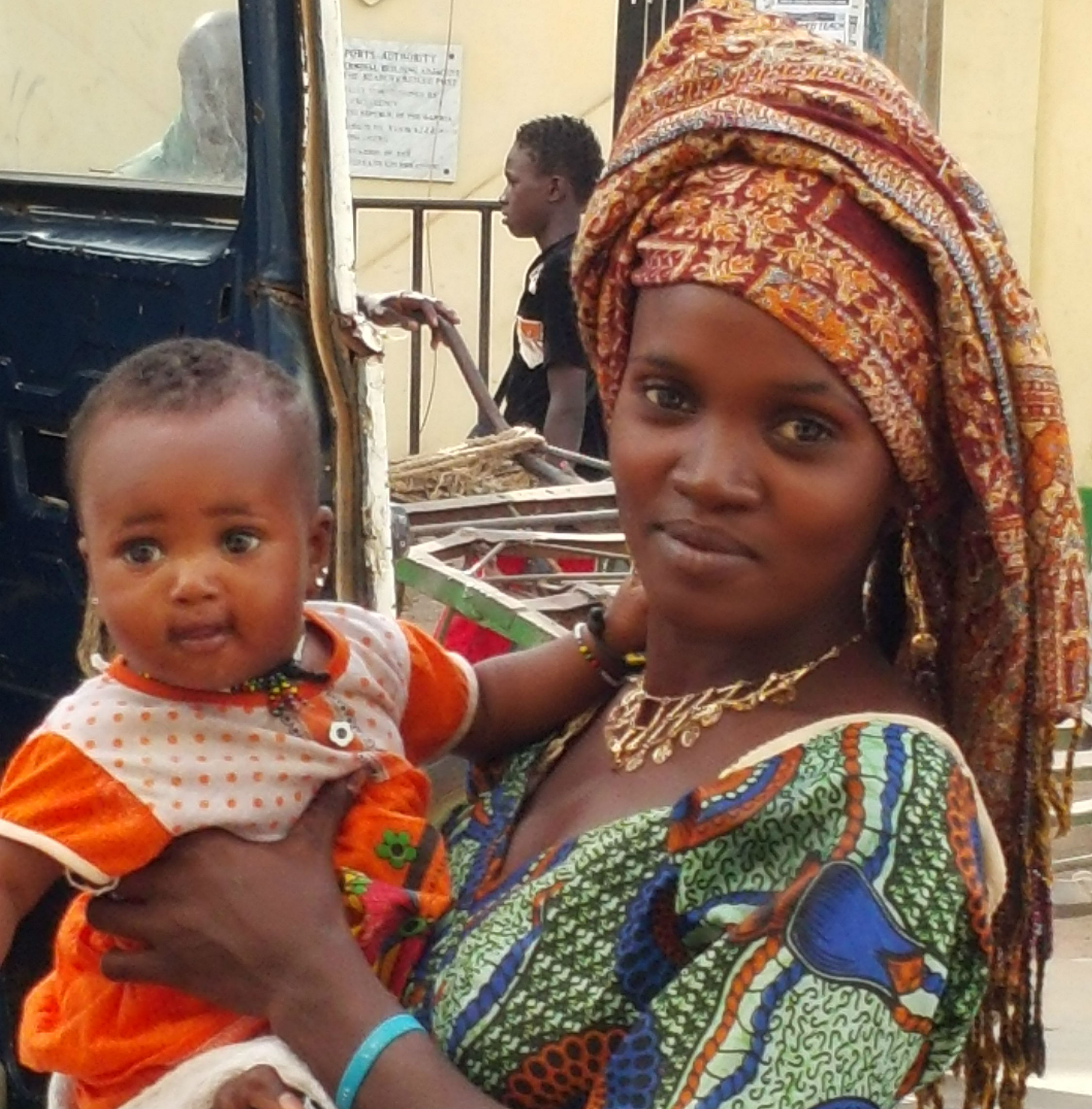 School for most Gambian children begins in grade 1, when they are about seven years old, which is quite late based on what we know about brain development. For many children, this is their first real introduction to English and, with almost no foundational skills in reading and writing, they often struggle. Their young teachers struggle, too, because there are very limited resources for both learning and then teaching these skills. Many of the resources they have for English are confusing or inaccurate.

My assignment was to work with 48 English tutors who are educated, experienced teachers assigned to one of six centers throughout the country. These educators are responsible for training and supervising teachers in their regions. I was tasked with helping the tutors to improve their own skills and to assist in developing the training curriculum that will be delivered to their teachers later this year. 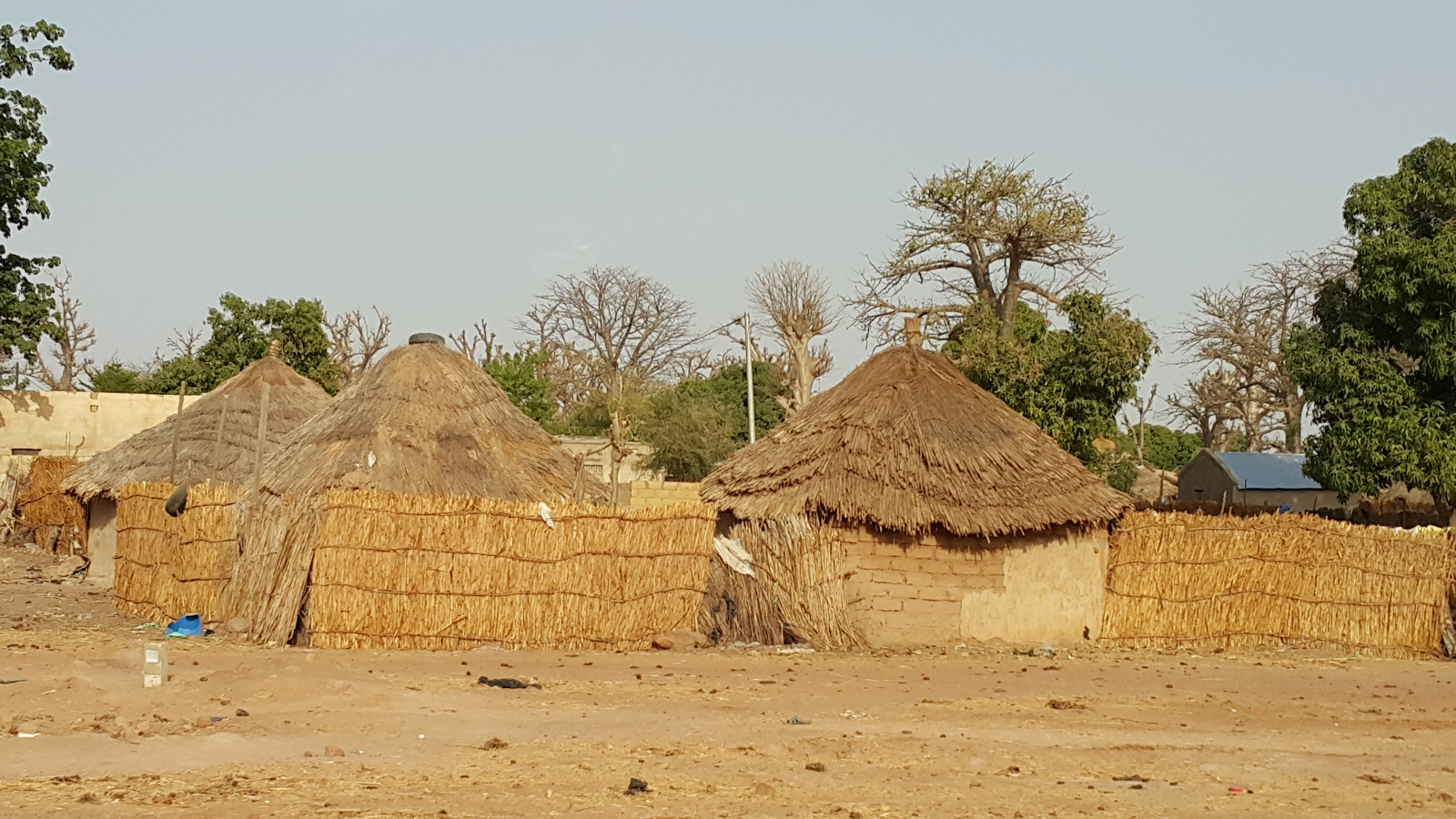 One of my first agenda items was to identify the skills that would be most beneficial based on the needs of the tutors and their teachers. I was really surprised by their requests: phonics and decoding skills, grammar, and all manners of writing strategies such as summarizing and paraphrasing. Their list did not significantly differ from the skills often requested by teachers in the U.S. 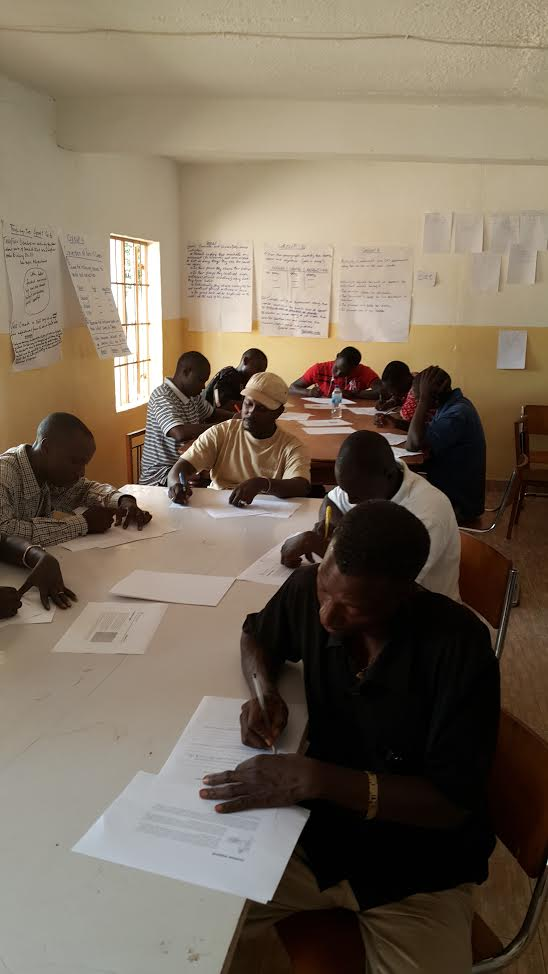 There was one major difference, however. The Gambia is a developing country with limited infrastructure, especially in the rural areas. There are nocomputer labs, copy machines, or high-tech resources. In fact, in 105-degree heat, most days we had no electricity in our training rooms. Our resources consisted of chalkboards and chalk, paper, and pencils.

When the power went out on the first day of training, I was momentarily stunned. What would I do without access to my computer and with no way to make copies? But then I did what teachers do—I adapted. My two weeks with those tutors in a dim and sweltering room ended up being one of the most amazing experiences of my career.

As I reflect on my time in The Gambia, I realize that I learned as much as my students and I was profoundly impacted in several ways. First, I am incredibly grateful for all that we have available to us as educators in America. I realize that there are so many things that I take for granted: walking down a hallway to make copies, access to software that provides reinforcement and support for students, and lights and air conditioning! 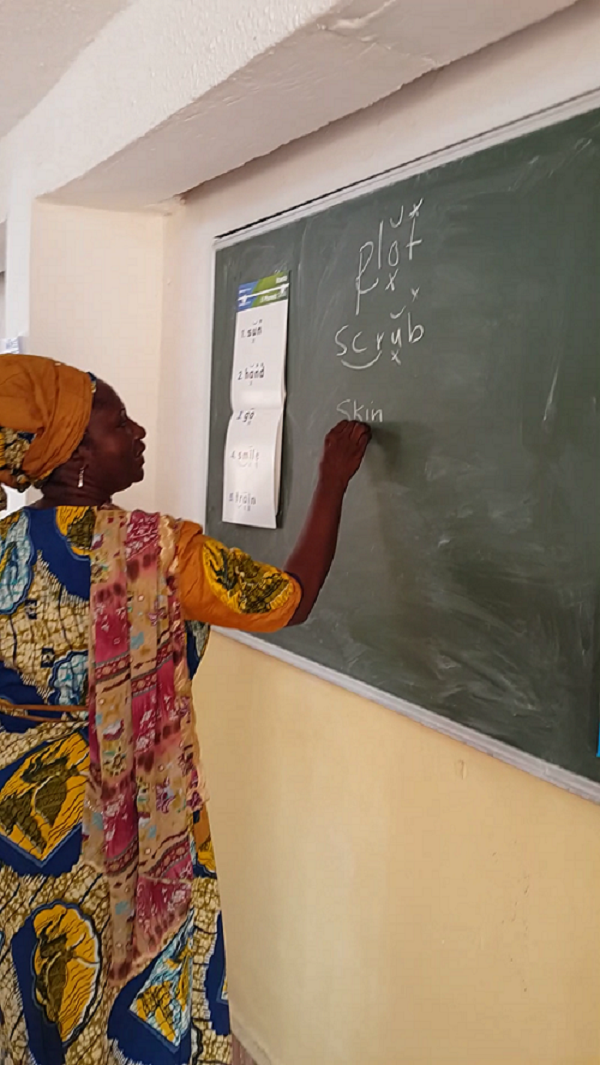 This gratitude extends to the knowledge I have as an educator. Because of the Reading Horizons method, I understand the structure of English and how to effectively communicate complex decoding skills using nothing but a chalkboard and paper. It was tremendously rewarding to see the excitement of the tutors as they rapidly applied phonetic and decoding skills that previously had never been explained to them. These reading skills were consistently identified by the tutors as the most valuable part of the training.

The most valuable for me, however, was sharing the passion and commitment that these educators have for their students and their country. They are on the front lines of changing the future for The Gambia, and it was my privilege to be a small part of that process.