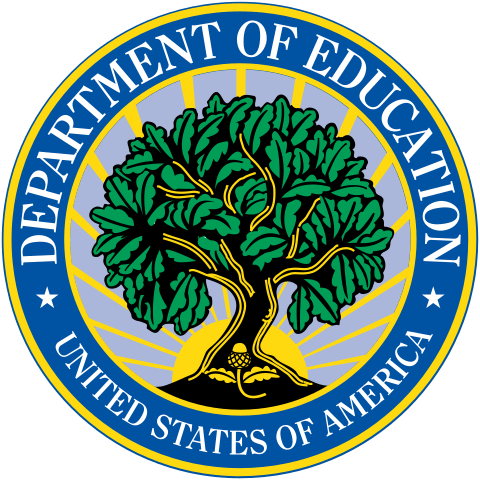 The research below is data that corresponds to Tier 3 ESSA documentation for review and approval in individual states. See both studies below.

What is ESSA and Tier 3?

ESSA is the Every Student Succeeds ACT passed in December of 2015.

Evidence-based interventions are practices or programs that have evidence to show that they are effective at producing results and improving outcomes when implemented. The kind of evidence described in ESSA has generally been produced through formal studies and research.

Evidence-based interventions are practices or programs that have evidence to show that they are effective at producing results and improving outcomes when implemented. The kind of evidence described in ESSA has generally been produced through formal studies and research."

The information above is referenced in the following website: https://www.cde.ca.gov/re/es/evidence.asp

ESSA Studies: Research and documentation from Reading Horizons that meets the standards outlined in ESSA for Tier 3:

The state office of education tasked an independent research firm to investigate the impact of Reading Horizons implementation on the reading outcomes of elementary students.

Kindergarten through  teachers participated in training in the Reading Horizons® method. Student achievement outcome data were gathered via multiple assessments (criterion-referenced and norm-referenced) and were compared with data from a control school similar in socioeconomic status and in suburban extent. Teachers and students also participated in surveys and interviews.

Bailey Middle School used multiple assessments, such as KPREP, Discovery Education, and MAP, to identify at-risk students. It began using Reading Horizons as an intervention for 6th, 7th, and 8th grade students in the bottom 10th percentile. The students used the program daily and stayed in the program until they tested above the 10th percentile or tested out of the program.

Outcome data was recorded for 185 students who received Reading Horizons instruction during their 6th, 7th, or 8th grade school year. MAP and AIMSweb MAZE tests were administered at the start (fall), middle (winter), and end (spring) of the school year. Some students moved during the study and others had data missing. MAP scores for all three data points were reported for 141 of the students. Complete AIMSweb MAZE data was reported for 157 of the students. 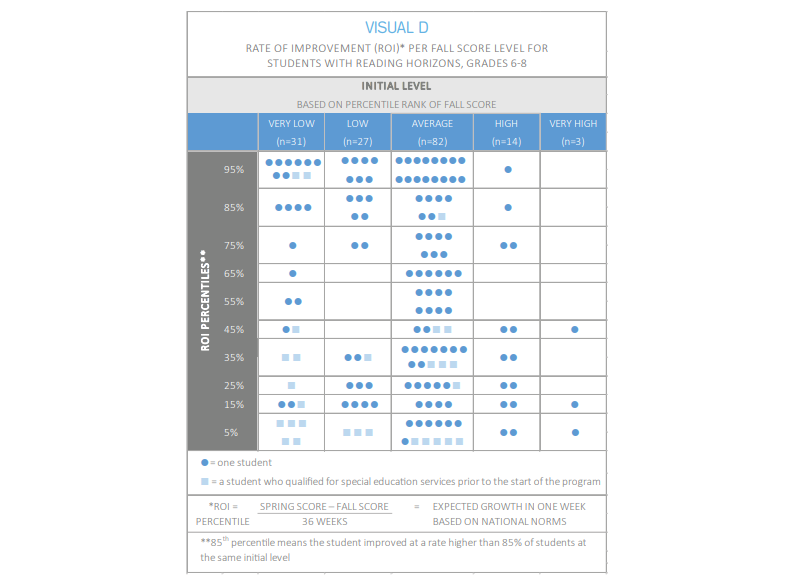 What is ESSA Tier 4?

The information above is referenced in the following website: https://www.cde.ca.gov/re/es/evidence.asp

ESSA Studies: Research and documentation from Reading Horizons that meets the standards outlined in ESSA for Tier 4:

A program was established at Austen High School to meet the needs of students who had recently relocated to the area as refugees. The students, who are linguistically and culturally diverse, were separated into two classes for this study: one that received Reading Horizons instruction and one that didn’t.

One program aspect that presented a logistical challenge to gathering student outcome data was the varied length of student enrollment. Some students spent a whole year in the program, whereas others spent less than half a year. Two types of students were in the program for fewer months: (a) those who relocated to the city mid-school year, and (b) those who, at the mid-year assessment, demonstrated sufficient linguistic skills to transfer to more inclusive classrooms. Although the partial-year student group varied as described, both classrooms had a similar proportion of students from this sub-group: 45% of students receiving Reading Horizons instruction spent less than four months in the program as compared to 46% of students who did not receive Reading Horizons instruction.

A school district in the southern United States implemented a pilot program to track the effectiveness of Reading Horizons direct instruction and computer courseware. Fifteen middle school students participated in a six-week ELL program over the summer, during which they received Reading Horizons instruction. All participants were linguistically diverse and learning English.

The Reading Horizons program was administered for one hour a day, four days a week, for six weeks.

After receiving Reading Horizons instruction, every student in the study made at least one grade-level gain on the Word Recognition Assessment.